One of the most common questions of me, is, “What is the best camera.” The answer to this is more complex than one may think.

With the onset of the smart phone and tablet, I wish to address how a smart phone works.  Is it a viable alternative to a DSLR? 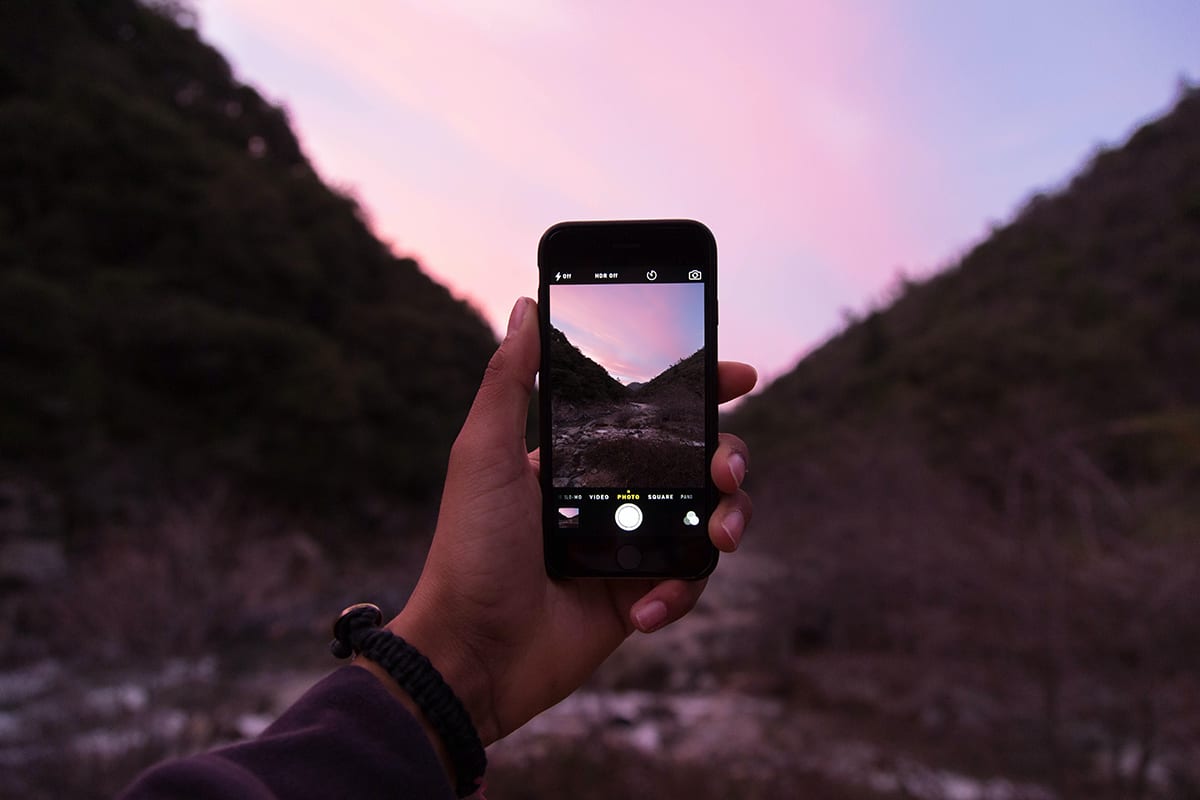 Photo by Jordan McQueen on Unsplash

The figures do not lie.  The top camera brands used in Flickr by members of that forum reflect this.

So, how do cameras on these devices work?  The process is the same for both DSLRs and smartphones.

How a Digital Camera Works.

All models of a smartphone camera work in the same way.

The manner in which a digital camera operates today, is the same process as a mechanical camera, but, the sensor is replaced by film.

This predictability means that there are some observable phenomena that will affect the resulting photographs.

When using a smartphone most problems will occur in steps two, three and four of the list above.

Photo by Wesley Tingey on Unsplash

This is because the lens, aperture and sensors in a smartphone are smaller than those of a DSLR.

However, improvements in this regard are continually being made.  Technology around lenses and sensors has advanced considerably in the last few years.

This is improving the quality of images captured with a smartphone.

Because the lenses and sensors are small, less light is able to arrive at the sensor of a smartphone.

A DSLR camera uses larger lenses and are normally made with larger sensors.  More light arrives at the sensor.

A small lens and small sensor means that tradeoffs are at play in order to get usable shots.

A DSLR camera also gives a user far greater control over a camera.

This level of control is advantageous, but, only if one knows how to use them.

I see many folk, in tourist locations, holding cameras that cost even a thousand pounds or more, but, they are set to auto.  This is a complete and utter waste of money.

Unless one is prepared to learn how to use the controls, and in particular how a light triangle works, save your money, buy a smartphone or other camera that operates using the auto settings.

What Makes a Good Photo?

When talking about what constitutes a “good” photograph revolves around several factors.

Photo by Neil Sonj on Unsplash 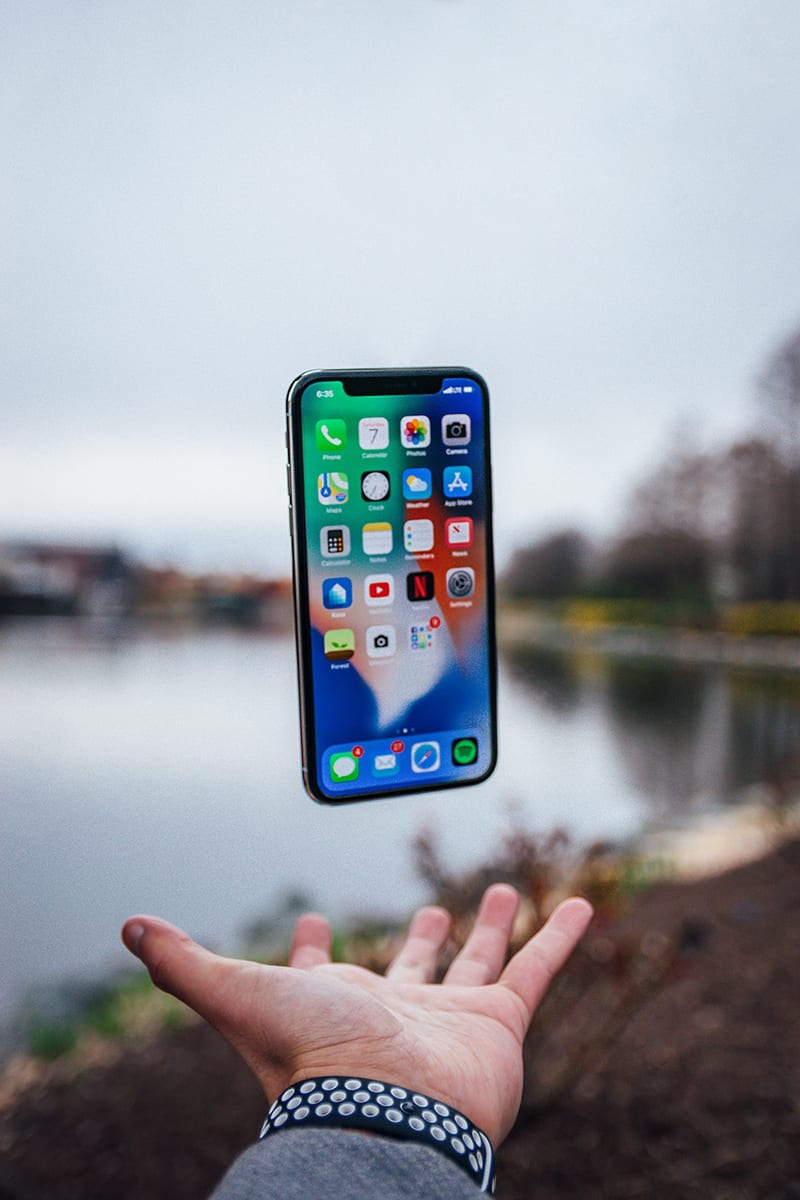 The first factor is that needs to be considered is that of the emotion and experience.

Capturing the moments when you were there, as a record of your experience is worth far more than technique or technical ability.

A friend of mine, on facebook, once posted an image of their wife on a boat in New Zealand.

The sky, sea and hull of the boat were all blue; the lady in question was wearing a blue denim top and skirt.

The comments on facebook that this was a good photograph were numerous.

Technically it was a poor image.

Reactions of those who viewed the image might have been that it was a good photograph, but, in reality they were saying something else.

Experience and emotion makes people feel good and this does not require an expensive DSLR to create these responses.

Creating a “good” photograph can go beyond that of emotion, especially when using images in your business.

Understanding the exposure triangle, the rule of thirds, how to use the controls on a camera to over or under expose a subject when shooting into the light is essential knowledge. 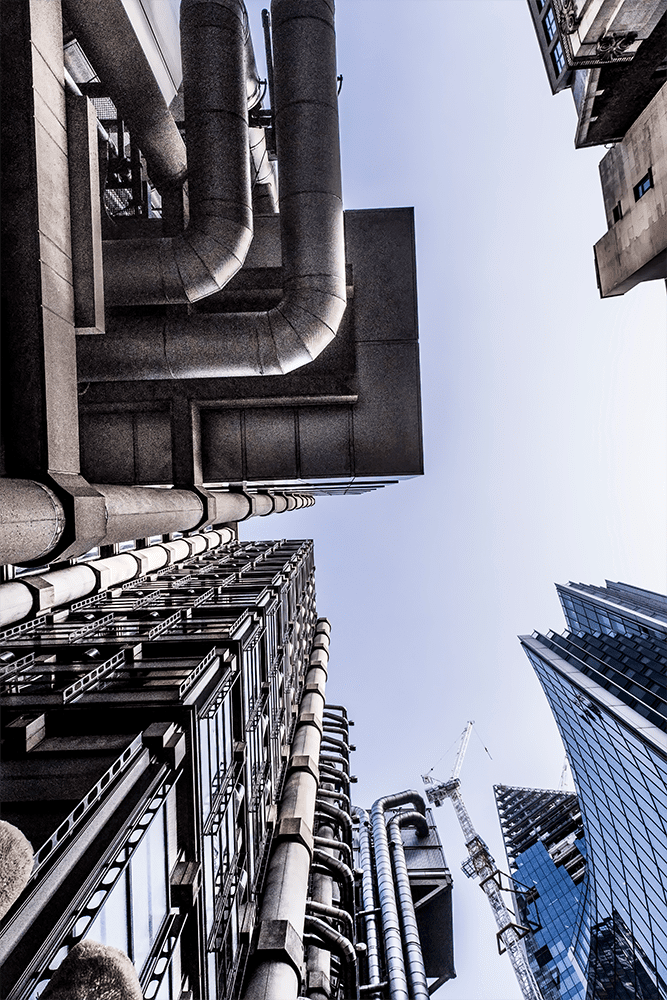 Image of Lloyds of London by The Time-Lord – Arwyn Bailey.

The photograph above was shot using a pro level DSLR. The exposure is even, the focus is not set to one point in the image as I controlled the aperture.  Such a level of control is not available on a smartphone.

Without being technical, and too boring, the number of megapixels and resolution is confusing.

Just because a smartphone that has high numbers does not mean that the resolution is high enough for printing.

A backlit retina display may make an image on a smartphone look great, but, transfer that into a printing scenario there is still a problem in that the image remains lo-resolution.

A DSLR also has the option of taking images at a high resolution RAW format.

Put simply an image that is shot in RAW is not an image.  It is an xml file that requires software to translate it into being a viewable image.

RAW images have the advantage of having a plethora of controls available when viewed in editing software such as Photoshop, Lightroom or other relevant software.

Images can be “rescued” using editing software and a “mood” can be created during the editing process with a RAW image, far more easily than with an image in a jpg format.

What is the Best Camera?

What is the best camera to buy?

This blog may not have answered this question satisfactorily, but, I hope that it has highlighted when a smartphone can be used as a camera.

I have not even touched upon lenses for architectural photography, or landscape, or portraiture, all of which is a huge topic that cannot be covered here.

But, is a smartphone a viable alternative to a DSLR?  In certain situations yes it is.  But, it is the person behind the lens that makes the photo a “good” one.

In summary, the best camera is the one that you have on you at the time.

The services that I provide, to you, provides you with images that are impactful and designed to create a response.

Tapping into my experience starts by you contacting me via my contact page by clicking here for a no obligation conversation.

Also, you can learn more about me by viewing my YouTube Channel that can be found by clicking here.

You can review the services that I offer to you, within a safe environment during this COVID-19 situation.

Start planning your own marketing endeavours with me.

Page load link
Cookies Consent
To provide the best experiences, we use technologies like cookies to store and/or access device information. Consenting to these technologies will allow us to process data such as browsing behaviour or unique IDs on this site. Not consenting or withdrawing consent, may adversely affect certain features and functions.
Manage options Manage services Manage vendors Read more about these purposes
View preferences
{title} {title} {title}
Go to Top